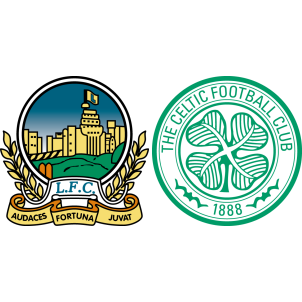 Linfield vs Celtic – Linfield hosts Celtic at Windsor Park on 14th July, Friday in the first leg of the second round of the UEFA Champions League qualifiers.

Linfield were victorious in the Ireland League Championship this past season and did a domestic double by winning the Irish Cup as well last season.

Celtic will begin their season with this particular fixture after winning the domestic treble last season under Brendon Rodgers. The Scottish giants have made a winning start in the pre-season and would like to begin their season on a high by qualifying for the UEFA Champions League.

Scott Brown will face a late fitness test after being taken off at halftime in Celtic’s last pre-season fixture but is expected to be included in the matchday squad.

Linfield have a healthy squad to choose from.

“I believe my players could certainly rise to the occasion. We have no pressure on us. I hope there is a realism within our fans that we are playing a very good side. Celtic can dominate most teams in British football at the minute, so we know we are up against it.

But we are under no pressure. If we lose the game, we lose the game. Nobody is expecting us to win. As long as enjoy it and play to our maximum. If we do that, which we will need to, then we will see where it takes us.”

“It’s going to be physical, it’s going to be a battle. They will want to make it a battle because of the way we play football and they’re going to try and stop us and close us down early doors.”

According to Linfield vs Celtic H2H Stats, this will be the first competitive fixture between the two clubs. Celtic are the favorites courtesy their experience in Europe and the strength of their squad and a 2-0 win for the Scottish club is the most probable result.