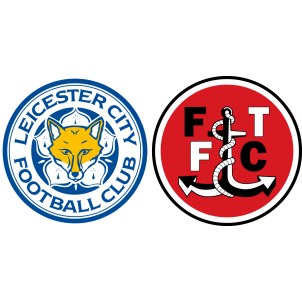 Leicester City have won only one of their last eight games in all competitions, while Fleetwood Town have won four of their previous six games.

Wes Morgan and Danny Simpson will not recover in time for the game while Ben Chilwell is suspended after getting sent off against Chelsea on Saturday. Robert Huth is also unlikely to feature.

Toumani Diagouraga in ineligible, but the visitors have no other injury or suspension concerns.

“I believe [Leicester will] fancy themselves at their place. At the King Power on a good big pitch they probably fancy themselves to play through the lines, push us back and cause us big problems, and probably they will.”

According to Leicester City vs Fleetwood Town H2H Stats, the only previous meeting between these two clubs ended in a draw. There have been under 2.5 goals scored in 13 of Fleetwood’s last 15 games in the FA Cup. Moreover, the visitors are undefeated in nine of their last ten FA Cup matches.

A 1-0 win for Leicester City is the most likely result.