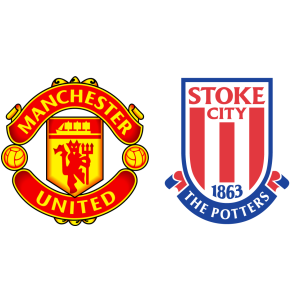 Manchester United are second in the league standings with forty-seven points while Stoke City are eighteenth with twenty points.

Although Manchester United are unlikely to challenge Manchester City for the Premier League title, in spite of Pep Guardiola’s side losing last night, a win will be helpful for Manchester United to pull away from other top four contenders.

Stoke City have lost their last two Premier League games, winning only one of their last six games.

The visitors will be without the injured Bruno Martins Indi and Jese has been listed as a doubt.

According to Manchester United vs Stoke City H2H Stats, the last five matches between these two clubs have resulted in three draws and one win for either side.

Manchester United are undefeated in twenty-seven of their last twenty-eight home games, their only hoke defeat in this period coming to Manchester City.

Stoke City are struggling to survive in the Premier League and the relegation-threatened team are unlikely to cause Jose Mourinho’s side too many problems tonight.

Stoke City have not won an away game at Old Trafford since 1976 and are unlikely to fare any better tonight.

A 3-0 win for Manchester United is the most probable outcome.