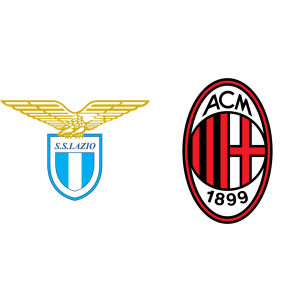 Lazio vs AC Milan – Lazio hosts AC Milan at the Stadio Olimpico, Rome on 28th February, Wednesday in the second leg of their Coppa Italia semi-finals.

AC Milan held Lazio to a goalless draw in the first leg at the San Siro, but face an uphill battle to defeat Lazio tonight. Lazio eliminated Cittadella and Fiorentina in the earlier rounds and are now placed third in the Serie A standings with fifty-two points.

AC Milan, meanwhile, are seventh in the league and saw off Hellas Verona and Internazionale in the previous rounds of the Coppa Italia.

Davide Di Gennaro is a doubt for the home side. AC Milan will be without Marco Storari, Luca Antonelli and Andrea Conti.

“We have to raise the bar because we will face tough opponents who have very strong players. Considering the individuals, we will face very prepared and talented players. We have to show we are ready for the big matches as we have been doing during the last months. However, what we’ve done is important but is in the past. Now we have to look forward.”

According to Lazio vs AC Milan H2H Stats, AC Milan have won two, drawn two and lost one of their previous five matches against Lazio in all competitions.

AC Milan is undefeated in eleven of their previous twelve Coppa Italia matches, having kept a clean sheet in six of their last eight matches in this competition.

It should be a closely contested affair with a 1-1 draw being the most likely result after normal time.