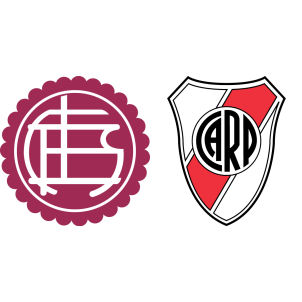 Lanus are sixth in the league standings with twenty six points after fifteen matches while River Plate are tenth with twenty three points. The Primera division has been a closely contested league this season with just eleven points separating the top ten clubs. Lanus lost 3-0 to Racing Club in their previous league outing while River Plate played out a goalless draw against Union.

Lanus are in contention for the Copa Libertadores qualification and with the fourth-placed Estudiantes in a poor stretch of form, a win tonight could help Lanus close the gap. River Plate, meanwhile, need a positive result to stay ahead of the competition (as many as six clubs are on twenty three points) and secure qualification for the Copa Sudamericana.

Fernando Monetti is the only injury concern for Lanus. Marcelo Larrondo will face a late fitness test but the visitors have an otherwise healthy squad to choose from.

According to Lanus vs River Plate H2H Stats, the last five matches in all competitions between these two clubs have resulted in two wins for Lanus, one win for River Plate and two draws.

It should be a closely contested match but a 2-1 win for Lanus is the most likely outcome.