The Advantages of International Breaks 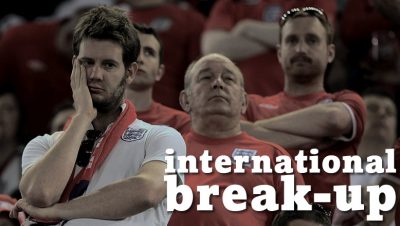 The International Break is upon us, for soccer fans however, that means a few weeks of zero club action. There will be very few or no games for a while. This is because of the break for international matches, as the case may be. Fans aren’t the only ones suffering from this seemingly long international breaks which can be a bit boring. There are other consequences as well.

Teams Not Playing Together

During this period club teams are broken up and players represent their respective countries. This means club teams aren’t training together, and it’s usually a number of the best players that are pulled away. Just when they start playing together again, the break happens.

Chances Are Great For Injuries

This is most likely to happen because players seem so perform with all of their heart and mind, hence their season ending before it even began.

Not just about the one arising from playing but also the jet-lag caused due to long flights. They always need a couple of days to adjust their body system and settling in.

For thriving teams, we could argue that it gives them a bit of a break for them to relax and unwind. But that’s where the benefit ends. The international break is equally unkind to teams that are under some form of pressure. When a team suffers a loss, the first thing they want is get right back on the field. Something they can’t do during an international break.

We can actually pick out a few advantages to this “boring” and unavoidable situation.

The international breaks can, as a matter of fact benefit the fan in a seemingly specific way. With no club action on, it is the ideal opportunity to spend time with family. Which we would have otherwise ignored whilst the games were on. Good thing hey!

The international breaks will also give managers especially for under-performing teams an opportunity to rest and re-evaluate their tactics etc. However these are the precise days when managers and the second choice squad, work the hardest and earn their bread and butter. Most, if not all managers make most of their key decisions during these “down time” periods between international breaks.

It’s also a period where these head honchos are actually tested and get to outline new game plans, do a few research on their previous tactics and discover new ways of either improving, or adjusting their strategies which will yield positive results. All these away from the eye of the media; something they must truly treasure.