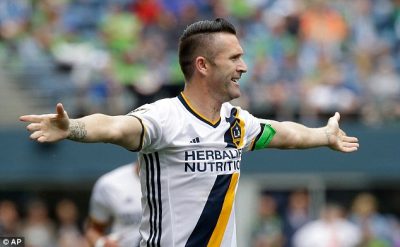 LA Galaxy finished third in the Western Conference with fifty two points while Real Salt Lake finished sixth in the regular season with forty six points. LA Galaxy have history on their side with the Carson-based club winning three of their five encounters with Real Salt Lake in the MLS Playoffs.

Real Salt Lake, however, got the better of LA Galaxy in 2009 MLS Cup final when the Royals won on penalties.

Gyasi Zardes and Steven Gerrard are sidelined through injuries. Robbie Keane has been listed as a doubt but is expected to feature in the crucial knockout tie. The visitors will be without the injured Emerey Welshman, Aaron Maund and Jeff Attinella.

“We have a wonderful opportunity in front of us and we’re going to seize that moment. What I am a firm believer in is the players we have on this team and the talent we have on this team to get the job done not just in this game, but throughout the playoffs on the way to the MLS Cup.”

According to LA Galaxy vs Real Salt Lake H2H stats, the last five matches between these two clubs have resulted in two wins for either side and a singular draw. While LA Galaxy are undefeated in sixteen of their last seventeen home matches, Real Salt Lake have lost their last five away matches in Major League Soccer.

Bruce Arena’s side will start as favorites and are likely to win by a 1-0 scorline.