Juventus vs Verona – Serie A – Preview 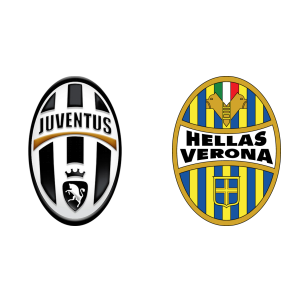 Juventus vs Verona – Juventus hosts Verona at the Allianz Stadium, Turin on 19th May, Saturday in their final Serie A fixture of the season.

Juventus have already secured their seventh straight Scudetto with their goalless draw against AS Roma in their previous league outing which took Maximiliano Allegri’s side’s points tally to 92 points. The second-placed Napoli are on 88 points with just one game remaining and the closely fought Serie A battle ended in favor of the Old Lady.

Verona have already been relegated for they are nineteenth with twenty-five points and this could be the visitor’s last game in quite some time.

Benedikt Howedes, Sami Khedira and Giorgio Chiellini are injured while Simone Calvano, Mattia Valoti and Moise Kean miss out for the visitors.

“I think this is the best Scudetto of the lot, together with the first one. We’re back here celebrating again and we’ll savor this success, but I think we perhaps don’t fully realize what we’ve achieved. Maybe people will only truly recognize this achievement for what it is in a few years’ time.”

According to Juventus vs Verona H2H Stats, Juventus have won three, lost one and drawn one of their previous five matches against Verona in all competitions.

A 2-0 win for Juventus is the most probable result.