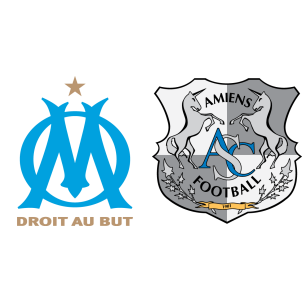 Marseille vs Amiens – Marseille hosts Amiens at the Stade Velodrome on 19th May, Saturday in a crucial Ligue 1 fixture.

Marseille are still dealing with their heartbreaking loss at the hands of Atletico Madrid in the UEFA Europa League final two days back, but they must regroup quickly to have a chance to secure qualification for UEFA Champions League next season.

Marseille are currently placed fourth with seventy-four points, just the one point behind the third-placed Olympique Lyon who are in contention for Champions League qualifiers next season and also have a comparatively difficult match against Nice.

A win for Marseille and anything but a victory for Lyon will see the UEFA Europa League runners-up qualify for the Champions League qualifiers next season. Amiens, meanwhile, are placed twelfth with forty-five points.

Adil Rami is suspended, but Steve Mandanda’s red card has been rescinded and he will be available for selection. Dimitri Payet remains injured. The visitors will be without the suspended Guessouma Fofana.

“We need to win at all costs to get into the Champions League and experience more of these kinds of nights against top teams. There is no fear of losing everything. We knew that we had everything to play for this week.”

According to Marseille vs Amiens H2H Stats, the only previous encounter between these two clubs came in the league earlier this season which Marseille won 2-0. Marseille are undefeated in fourteen of their last fifteen home matches in the Ligue 1 and are the clear favorites tomorrow.

A 2-1 win for Marseille is the most probable result.