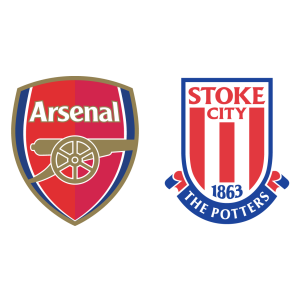 Arsenal are sixth in the league standings with forty-eight points and won 3-0 against Watford in their last game after three consecutive losses in their three preceding matches.

Stoke City, nineteenth in the English Premier League standings, have twenty-seven points but have not won any of their last six league matches – losing to Manchester City and Everton in their previous two matches.

Santi Cazorla is still on the sidelines with an injury while Aaron Ramsey, Alexandre Lacazette and Ainsley Maitland-Niles are yet to regain match fitness.

“You can’t just win a game because two or three players have a good game. You have to work together as a unit, both in defence and in attack. I think we’ve become stronger defensively because we’re all really focusing on what we need to do.

Everyone knows that we have a lot of quality going forward, but at the moment I think we’ve got that balance and we need to keep that.”

A 2-1 win for Arsenal is the most probable outcome.