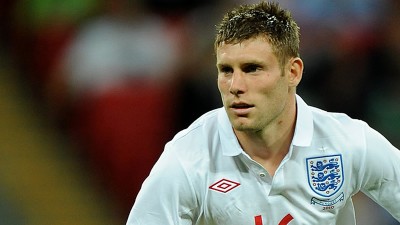 Liverpool intend to sign James Milner as Brendan Rodgers looks to rebuild the side for 2015/16 season with UEFA Champions League qualification in mind. The 29-year-old Englishman, who has been a crucial cog in Manchester City’s wheel this season is out of contract this summer and is open to a move elsewhere in England.

James Milner has already refused any new deal offered by Manchester City, which reportedly would have assured him wages worth £160,000/week. Liverpool will not offer him that kind of a sum, but it would still be a substantial rise from Milner’s current contract. James Milner, according to the Guardian, is disillusioned by Manuel Pellegrini’s rotation policy and seeks regular football in the coming seasons.

Liverpool are losing Steven Gerrard to Major League Soccer this summer and are in a dire need for a midfield general. Although Milner’s footballing ideology is far different from Gerrard’s, the former Leeds United academy graduate is one of the best wide midfielders in the country at the moment. James Milner’s workrate on the flanks has been one of the trademarks of his game. He is not a traditional explosive winger by any means, but an excellent reading of the game allows Milner to play a crucial role in nurturing te cohesion of any side he plays in.

Just shy of 30, twice the Premier League champion James Milner is looking to play regular football and the Merseyside club offers him the perfect opportunity to do it. Jamie Carragher has already spoken how Milner has the ability to go on and captain Liverpool. With Liverpool confident of reaching to an agreement, James Milner looks all set to switch blue for red and Etihad for Anfield next season.