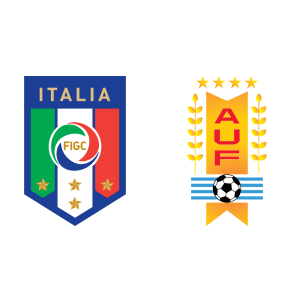 Italy vs Uruguay – Italy hosts Uruguay at the Allianz Riviera on 7th June, Wednesday in an international friendly.

The Italian football team is in great form, remaining unbeaten in their last eight international friendlies but they will be looking to reverse their recent performance trend against the Uruguayan national football team.

Uruguay are coming off a 3-1 loss at the hands of Ireland while Italy will not have their strongest eleven either considering the fact that Juventus players, who had participated in the UEFA Champions League final are unlikely to start.

Marco Veratti is sidelined through an injury for Italy while Andrea Barzagli, Giorgio Chiellini, Gianluigi Buffon, Claudio Marchisio are unlikely to start.

Edinson Cavani came off with a knock on the 13th minute against Ireland and is unlikely to be risked tonight. Luis Suarez is the other key player missing, after not being picked in the squad.

“It’s not about technical quality, but vice versa. I’m trying to get him [Mario Balotelli] to understand about his way back to becoming an important player in the national team. This is the year ahead of the World Cup and is an option he should take.”

According to Italy vs Uruguay H2H Stats, the last five matches between these two countries resulted in just one win for Italy, two wins for Uruguay and two draws.

Italy have failed to win any of their last four encounters with this South American nation. The last time Italy emerged victorious against Uruguay was in 1990 World Cup.

A 1-0 win for Italy is the most likely result.