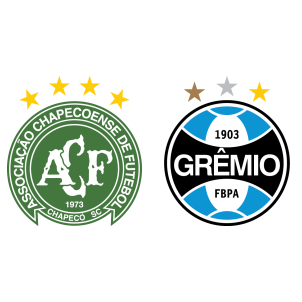 Chapecoense AF have made a brilliant start to the new season, after the massive tragedy last season, and had raced off to an early lead in the league table. Chapecoense have ten points after four games and a win tonight would help them maintain their lead over Corinthians who won their latest match to collect thirteen points.

Gremio ae fifth with nine points next to their name. Chapecoense won 2-0 against Cruzeiro in their last game while Gremio won 2-0 against Vasco da Gama to recover from their 4-3 loss to Sport Recife in the preceding match.

Nathan, Joao Pedro and Moses Ribeiro are sidelined through injuries for the home side. The visitors will be without the injured Douglas, Maicon, Miller Bolanos and Edilson.

“Our commitment and dedication have been maximum. We always play at our limit, and we know that the day we do not do that, we will not win the positive results. We know we need to maintain that spirit and level of concentration to win something more in the championship.”

According to Chapecoense AF vs Gremio H2H Stats, the last five matches between these two clubs have resulted in two wins and two losses for either side and one draw.

There have been under 2.5 goals scored in Chapecoense AF’s last eleven league games, with the Brasileiro club keeping a clean sheet in its last four home games. A 1-0 win for Chapecoense AF is the most probable outcome.