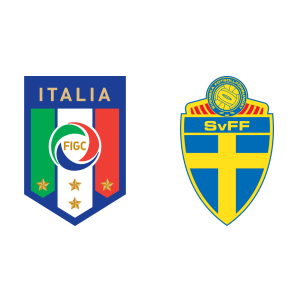 Italy vs Sweden – Italy hosts Sweden at the Giuseppe Meazza on 13th November, Monday in the second leg of their crucial 2018 FIFA World Cup qualifier.

Italy were pushed to the brink in the first leg and lost it 1-0, which could make all the difference. From not missing out on a FIFA World Cup since 1958 to leaving it late for qualification this season, Italy’s national football team has come under a lot of scanner due to their current qualification performances.

Giampiero Ventura is under a lot of pressure to deliver a strong performance from his national side and it is to be seen if they manage to turn things around Sweden tonight.

“We are Italy and, if we qualify, I would like to be able to say that we did it by playing football. I don’t know what sort of game it will be but I hope it will be played in the correct spirit.”

“We’re fully aware of the task ahead of us, going to Italy with a slender 1-0 lead. To keep a clean sheet was obviously something we really wanted and we’re pleased with that. We re-focus and go again. We’re going to stay humble and do everything we can to progress.”

According to Italy vs Sweden H2H Stats, Italy have won three, lost one and drawn one of their previous five encounters with Sweden. A 1-0 win for Italy is the most probable outcome with the qualifier likely to be decided in extra-time or on penalties.