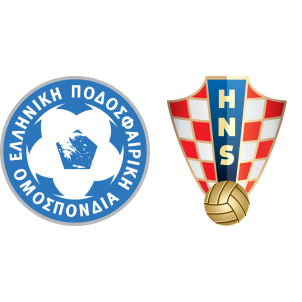 Greece vs Croatia – Greece hosts Croatia at the Georgios Karaiskakis Stadium on 13th November, Monday in the second leg of their knockout tie of the 2018 FIFA World Cup qualifier.

Croatia’s 4-1 win over Greece have all but handed them qualification but they will still navigate through a second leg when Greece will attempt to turn the tables.

Croatia are stronger than Greece in all aspects and it should be a straight-forward win for Luka Modric and co.

“It was a difficult night. We did not really appreciate the importance of the game and the goals we conceded were ridiculous. Croatia have 95% qualified.”

“We are aware of the quality of our players and we managed to mix our quality with strength. However, we need to realise that nothing is over yet. There will be no euphoria before the return leg, even though Croatia did a wonderful job. We’ll start as if the aggregate scoreline were 0-0.”

According to Greece vs Croatia H2H Stats, Greece have won two, drawn two and lost one of their previous five meetings but the fortunes of both nations in recent years has been a stark contrast with Croatia being counted among one of the most talented and revered European national teams.

There have been over 2.5 goals scored in Greece’s last four games in the FIFA World Cup. Greece are expected to put up a better performance than they did in the first leg but Croatia are clear favorites and are likely to win 1-0.