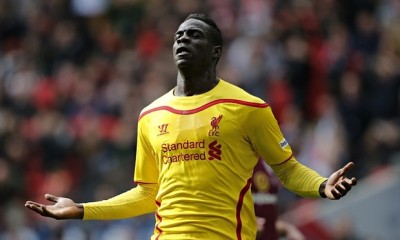 Mario Balotelli could depart Liverpool after a dismal season in English Premier League, as newly promoted Serie A club Bologna is interested in the Italian’s services. Balotelli scored just one goal for Liverpool last season and drew flak from all quarters.

The 24-year-old returned to Premier League after a year’s stint at AC Milan, with Brendan Rodgers talking up the centre forward’s chances at the Merseyside club. However, Balotelli failed to establish himself in the spot deserted by Luis Suarez and was quickly unsettled. As has been the case with Mario at other clubs, problems began to emerge and the Italian was eventually resigned to a bits and parts role from substitute’s bench.

Liverpool have already signed Roberto Firmino and Christian Benteke this summer, which will further reduce Balotelli’s game time and it would be beneficial on both the player and the club’s aspects, should a club decide to take his wages off the books.

Bologna are looking to strengthen their squad and have been in the market for a striker. Sampdoria also expressed their interest in the Italian striker and Balotelli could be well out on his way from England.

“I would take him, he would be highly motivated here. Of course, Bologna have to respect certain financial parameters, but for the right price I would even look at the possibility of buying him outright.”

Liverpool will find it extremely difficult to recoup the £16m the club paid for Balotelli, but the club will be eager to work out a loan deal. With the transfer season continuing until the 31st of August, Mario Balotelli may have already played his last game in a Liverpool shirt.