Internazionale vs Sampdoria – Serie A – Preview 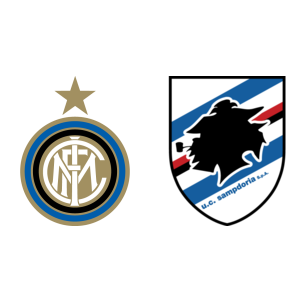 Internazionale are second in league standings with twenty-three points, trailing league leaders Napoli by just two points. Inter are still unbeaten in the league and their goalless draw with Napoli helped them stay in the title race, although it is still early days.

Sampdoria are sixth in the Serie A standings with seventeen points and have won their last two games on the trot against Atalanta and Crotone, after their surprising 4-0 defeat to Udinese.

Marcelo Brozovic is Inter’s only injury concern while Emiliano Viviano is injured for the visitors.

“Sampdoria play good football, they’re without pressure, they have a good coach and they’re in a good position in the table so this will be a very tricky match. They’re a well-built team.

We have to do well and start again from zero in order to approach this match in the best way possible, with intensity and quality. We have to warm up mentally and then get our legs and muscles going, we need to be ready to evaluate every possible risk and everyone needs to get the most out of themselves.”

According to Internazionale vs Sampdoria H2H Stats, the last five games between these two clubs have resulted in three wins for Sampdoria and one win for Internazionale. Inter have won their last five home matches in the league.

Moreover, there have been over 2.5 goals scored in Sampdoria’s last 3 games in Serie A, so this should be a high scoring affair.