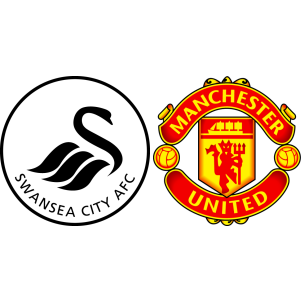 Manchester United defeated minnows Burton Albion 4-1 in the previous round while Swansea City overcame MK Dons and Reading in their two previous rounds of the League Cup.

Manchester United’s 2-0 loss to Huddersfield in the weekend and Jose Mourinho’s reaction to it has raised questions and the doubt-mongers will heap further misery on Manchester United should they fail to win tonight in a convincing fashion.

Kyle Bartley, Wilfried Bony and Renato Sanches miss out for Swansea due to injuries while Manchester United have a lengthy list of absentees with Paul Pogba, Marouane Fellaini, Zlatan Ibrahimovic, Michael Carrick, Phil Jones and Eric Bailly sidelined. Marcos Rojo is unlikely to be matchfit as well.

“It’s time to learn from mistakes and keep going, as we always do, showing that the team sticks together when things don’t go so well, which is when we need it most.”

Manchester United are the clear favorites with loanee Tammy Abraham being Swansea’s primary danger man. It should be an easy win for Jose Mourinho’s side with 2-0 in favour of the visitors being the most probable scoreline.