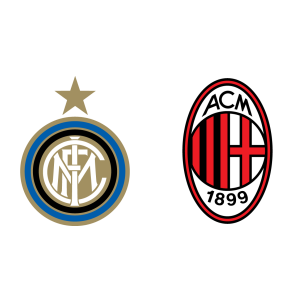 The Milan derby will see the fourth-placed Inter take on the seventh-placed AC Milan as Serie A resumes after the international break.

AC Milan had suffered two consecutive 2-0 losses to Sampdoria and AS Roma prior to heading into the international break while Inter were on a six-match unbeaten streak including a 2-1 win over Benevento in their last game.

Marcelo Brozovic is injured for Inter while AC Milan will be without the suspended Hakan Calhanoglu and the injured Andrea Conti and Luca Antonelli.

“The numbers tell us that this is one of the biggest derbies in the world, all of Milan is preparing for this derby for all Milanese people. To experience it has enriched me as a person of late. We’re working in every way because we’re aiming to play in important matches such as this.”

According to Internazionale vs AC Milan H2H Stats, Internazionale have won two and lost one of their previous five encounters with AC Milan, with the two most recent encounters ending in draws. In fact, Inter are undefeated in their last 6 home matches against AC Milan in all competitions.

Inter Milan have kept a clean sheet in their last three home matches and will be the favorites tonight. While the Milan derby has lost a lot of its shine in recent years, with both clubs declining, it will still be a closely contested affair.