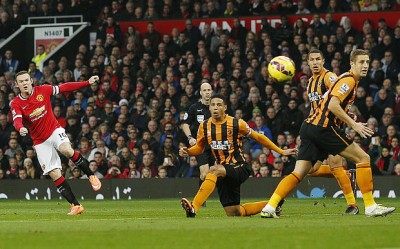 Hull City will welcome Manchester United to the KC Stadium on the last day of the 2014/15 English Premier League season. Steve Bruce’s side are the prime contenders to be the third side to get relegated to the Championship this season, after recent results went against their favour. Manchester United, meanwhile, have returned to UEFA Champions League qualification places in the table and would like to end the season on a high.

Hull City are on 18th position with 34 points while Manchester United are 4th with 69 points. The Tigers can survive relegation only if they win against the Red Devils and Newcastle United fail to win their easy fixture against West Ham United.

Both the clubs are riddled with injuries to their key players. Hull City will be without Robert Snodgrass, Curtis Davies, Mohamed Diame and Gaston Ramirez, who are sidelined through injuries. Jake Livermore will also miss the game after he was suspended due to an alleged drug-related incident.

Louis van Gaal will have to choose his team without Michael Carrick, Wayne Rooney, Luke Shaw or Rafael. Johny Evans, David de Gea and Ashley Young have also been listed as doubtful after they picked up knocks in their previous games.

Steve Bruce is expected to name an unchanged starting XI, from the team which lost against Tottenham Hotspur. Nikica Jelavic and Dame N’Doye will start up front in Bruce’s 3-5-2 while Stephen Quinn, Tom Huddlestone and David Meyler make up the midfield. Ahmed Elmohamady and Robbie Brady will be tasked with providing width while Paul Mcshane, James Chester and Michael Dawson start as the centre halves ahead of Steve Harper in goal.

Manchester United have been playing in their own adaptation of a 4-1-4-1 formation, which will continue on the last matchday as well. Victor Valdes might get his first start, if David de Gea is declared unfit to start. Antonio Valencia, Chris Smalling, Phil Jones and Marcos Rojo will form the backline with Daley Blind as the holding midfielder. Marouanne Fellaini and Ander Herrera will start on either side of Blind. Juan Mata will retain his place, but Angel di Maria might get a start, especially if Ashley Young is rested. Both Radamel Falcao and Robin van Persie are in with a chance of starting as the centre forward and it ultimately comes down to the manager’s preference on that particular day.

Hull City are the favourites to get relegated and Manchester United might hit the nail on their coffin, by winning 2-1 on the last matchday of the season.