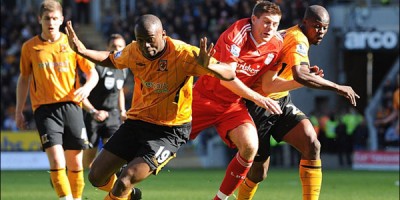 Hull City host Liverpool, who are still chasing the fourth UEFA Champions League berth, at KC Stadium as Matchweek 35 gets underway in the English Premier League. Liverpool sit on the fifth position in the table with 58 points, seven points behind Manchester United.

The long-term absentees for Hull City are Nikica Jelavic, Robert Snodgrass and Curtis Davies. David Meyler is suspended. Andrew Robertson and Mohamad Diame have been listed as doubtful. Brendan Rodgers will miss Mamadou Sakho, Daniel Sturridge and Lucas Leiva through injuries. Alberto Moreno will face a late fitness test before the game.

Steve Bruce prefers a 3-5-2 formation and is likely to play the same team which won 2-0 at Crystal Palace. Sone Aluko and Dame N’ Doye will be the two strikers, while Robbie Brady and Ahmed Elmohamady are tasked with providing the Tigers width. The centre-half trio of Paul Mcshane, Michael Dawson and James Chester have to be at their absolute best if they have to keep Coutinho and the rest from scoring.

The Kops played out an insipid draw against West Brom in the weekend and Mario Balotelli will probably be dropped. Lazar Markovic, Raheem Sterling and Adam Lallana are the trio expected to provide the attacking threat while Jordan Henderson, Joe Allen and Philippe Coutinho back them up in the midfield.

H2H statistics imply that Hull City have won only 25% of its matches against the Reds. However, Liverpool have struggled to maintain any form of consistency this season, which gives Steve Bruce’s side (who are not yet completely safe from relegation) an added impetus. The match may end in a 1-1 stalemate.