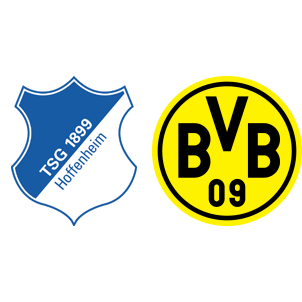 Hoffenheim are fourth in the Bundesliga standings with fifty-two points while Borussia Dortmund are third with fifty-five points, both clubs standing a good chance of qualifying for the UEFA Champions League.

While Borussia Dortmund have a superior goal difference and have all but secured a ‘top four’ finish, Hoffenheim aren’t safe yet as Bayer Leverkusen are fifth with fifty-two points as well. Leverkusen also have a relatively easy fixture against Hannover 96, so Hoffenheim must try to avoid a defeat.

Dennis Geiger, Stefen Posch, Kemir Demirbay, Serge Gnabry and Lukas Rupp are sidelined through injuries while the visitors will be without the suspended Sokratis and the injured Sebastian Rode, Erik Durm, Dan-Axel Zagadou and Michy Batshuayi.

“Hoffenheim is a team that’s playing good football. They are well organised, playing with three defenders, like everybody knows, [they have] technically strong players in the centre, physical players on the wings and dangerous players in attack.”

On the other hand, Hoffenheim have drawn their last 4 home matches against Borussia Dortmund in all competitions.

It should be a closely contested affair with a 2-1 win for Borussia Dortmund being the most probable result.