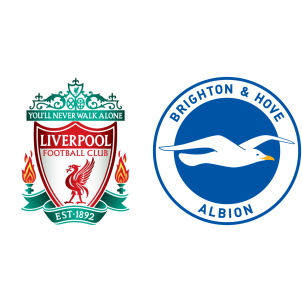 Liverpool vs Brighton – Liverpool hosts Brighton at the Anfield on 13th May, Sunday in the final English Premier League fixture of the season.

Liverpool are fourth in the English Premier League standings with seventy-two points, leading the fifth-placed Chelsea by two points. Avoiding defeat is absolutely must for Liverpool to qualify for the UEFA Champions League next season as a loss for the Kops and a win for Chelsea will see the Blues qualify.

Brighton are fourteenth in the Premier League standings with forty points, their 3-1 loss to Manchester City in the previous game taking their tally to just the one win in last six matches.

Joel Matip, Emre Can, Alex Oxlade Chamberlain, Joseph Gomez and Adam Lallana are sidelined through injuries for Liverpool while the visitors will be without the injured Steve Sidwell.

“It’s still exciting. [There are] three games at the weekend, maybe four, where [teams are] going for big things and we are part of that. I saw the last two or three games and Brighton are just a good team, playing completely without pressure, so that’s the situation. We have to take it like it is and make the best of it, like it always is.”