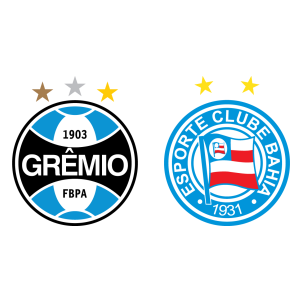 Gremio vs Bahia – Gremio hosts Bahia at the Arena de Gremio on 12th June, Monday in a Brasileirao Serie A match as they hope to continue their winning run.

Gremio are third in the league standings with twelve points after five games, having lost only one of their matches in the competition so far.

Bahia are only three points behind Gremio but are eighth in the league standings for the start to the new season of Brasileirao Serie A has been a pretty intense one with just five points separating the second-placed Coritiba and the twelfth-placed Botafogo.

Both Gremio and Bahia are coming off two consecutive wins in their last two matches – Gremio defeating Vasco da Gama and Chapecoense while Bahia were victorious against Atletico GO and Cruzeiro.

Douglas, Maicon and Miller Bolanos are sidelined through injuries while the visitos will be without the injured Hernane Brocador and Regis.

According to Gremio vs Bahia H2H Stats, the last five matches between these two clubs have resulted in two wins for Gremio, one win for Bahia and two draws.

In fact, Gremio are undefeated in their last 6 home matches against Bahia in all competitions. Moreover, Gremio have kept a clean sheet in six of their last eight home matches in the Brasileirao Serie A.

Gremio have scored at least two goals in their last five matches and have been the top scorers in the league this season. However, Gremio have seen under 2.5 goals in 5 of their last 6 home matches against Bahia in all competitions.

A 3-1 win for Gremio is the most probable outcome.