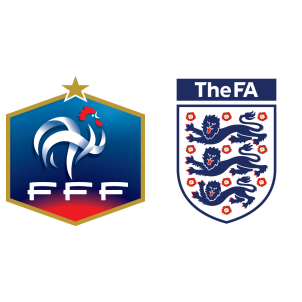 France vs England – France hosts England at the Stade de France, Paris on 13th June, Tuesday in an international friendly.

With both nations coming off FIFA World Cup qualifiers in the past week, the managers are expected to play weakened line-ups mostly consisting of reserve players. While France were defeated 2-1 by Sweden, England came back from behind to equalize in stoppage time to play out a 2-2 draw against Scotland.

England still remain top of Group F with fourteen points, although their lead has dropped to two points, but France have fallen behind Sweden on goal difference in Group A of the UEFA nations’ FIFA World Cup qualifiers.

Kylian Mbappe and Adrian Rabiot are expected to start for France while Joe Hart is rested for England, after some costly mistakes against Scotland.

“It was never my intention to play Joe [Hart] in this game. You need to give players the opportunity. In the past, one or two keepers have given up international football because they’ve not had that chance so I’m conscious of keeping players involved.”

According to France vs England H2H Stats, France have won three, drawn one and lost one of their five previous matches against England, three of which were friendlies.

Both teams are looking to climb up the ladder in world football, having been particularly disappointing in the last FIFA World Cup. Although France reached the finals of the UEFA European Championship last summer, the talented squad has often failed to live up to the billing.