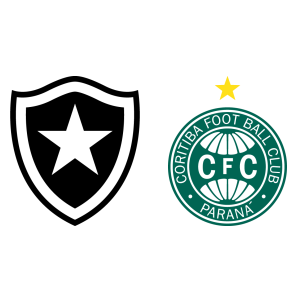 Botafogo are eleventh in the league standings with seven points. Having won just two games so far, the home side are coming off a 1-0 away loss at the hands of Santos FC.

Coritiba, meanwhile, have made a good start to the league this season, winning four of their five games and are now third in the league standings with twelve points. They defeated Palmeiras 1-0 in their last game.

Emerson, Airton and Luis Ricardo miss out through injuries for the home side while the visitors will be without the suspended Matheus Gladezani and the injured Rodrigo Ramos, Joao Paulo and Anderson.

“Coritiba have seven attackers to set. The final third worries me. That’s a good point of them. It’s a situation to stay connected, it’s a lightweight team. I see Coritiba, by the cast, by the force, with everything to make a great Brazilian side.”

According to Botafogo RJ vs Coritiba H2H Stats, the last five matches between these two clubs have resulted in two wins for Coritiba, one win for Botafogo and two draws.

There have been under 2.5 goals scored in Botafogo RJ’s last twelve league games.

A 1-0 win for Coritiba is the most likely outcome of this game.