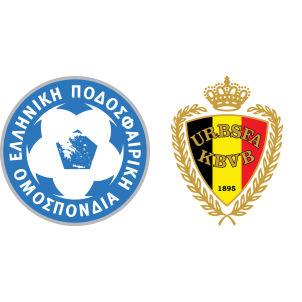 Belgium are the leaders of Group H of the primary qualifiers for the UEFA nations with nineteen points and are the favorites to qualify directly for next summer’s FIFA World Cup in Russia.

Greece have thirteen points with two matches remaining after tonight and have a strong chance of progressing to the play-offs for the best second-placed teams among all the groups.

Belgium are yet to lose any of their qualifiers and have been sensational all through out – their 9-0 win over Gibraltar was record-breaking in its own right. Eden Hazard’s return following an ankle break has given Roberto Martinez more options and it is to be seen whether Martinez risks Hazard against Greece for his second consecutive game in a short span, right after returning from injury.

“I’m happy to have returned to the pitch for a competitive game. I was a little worried during the first five minutes, but I felt good after that. I’m happy.

I think I’m ready to play Greece, but they’re certainly going to kick me, so it’s not ideal. The coach will decide. I just want to play football. We know it’ll be difficult against Greece, but we’re going there to win. It’s for the fans that we play and now everyone is happy.”

According to Greece vs Belgium H2H Stats, the last five matches between these two nations resulted in three wins for Greece, two draws and two wins for Belgium. The reverse fixture in the FIFA World Cup qualifiers had ended in a 1-1 draw, but Greece have not defeated Belgium since their 3-2 win over the Red Devils in an international friendly back in 2002.

Belgium are the favorites tonight and likely to win 3-0.