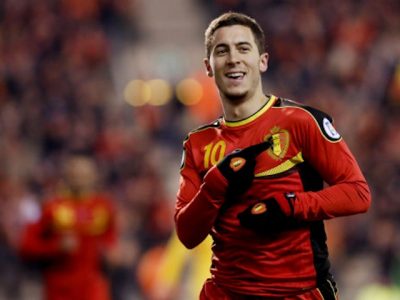 The first international break of the 2017/18 season is almost at its end and with the penultimate round of matches in the 2018 FIFA World Cup qualifiers for the UEFA nations coming to a close, a few nations are set to punch their tickets for the World Cup, while some other are in a tough spot.

Belgium, competing in Group H, are the only country to have already qualified for the next FIFA World Cup, courtesy their 22 points after eight matches. Bosnia and Herzegovina and Greece, who are on fourteen and thirteen points respectively, are looking to qualify for the second-round play-offs.

The most intriguingly poised group is Group A, where France and Sweden are battling for the top spot while Netherlands and Bulgaria are in with a shout as well.

France are on seventeen points while Sweden are just a point behind, Netherlands and Bulgaria have amassed thirteen and twelve points respectively – the goalless draw against Luxembourg put a dampener in France’s plans and they have to contend with a difficult trip to Bulgaria followed by a home game against Belarus to ensure qualification.

In Group B, Switzerland and Portugal have both qualified for the second round of play-offs. With Switzerland on twenty-four points and Portugal on twenty-one points and both the nations expected to win their matches against Hungary and Andorra, the last group match between these two nations will decide who will qualify directly and who heads to the play-offs.

Germany, in Group C, have secured their place in the play-offs and are the favorites to qualify directly, with Northern Ireland in contention to make it to the play-offs. In Group D, Serbia, Republic of Ireland and Wales are the contenders among finishing top of the pile with Serbia placed most comfortably as they are on fifteen points.

Poland, Montenegro, and Denmark in Group E and England, Slovakia, Slovenia and Scotland in Group F are still battling for the top spot as well as a play-off position with two remaining matches. England have two comfortable fixtures against Slovenia and Lithuania – with twenty points already in bag, Gareth Southgate’s side are the favorites to punch their tickets for next summer in their next international fixture.

Things again get interesting in Group G with Spain (nineteen points) and Italy (sixteen points) still contesting for the direct qualification. While Spain are likely to win the group, it will be shocking if Italy do not at least qualify for the play-offs.

Croatia are the favorites in Group I with Ukraine, Iceland and Turkey battling for a play-off position. The last round of matches happen in October and will be decisive, to say the least.