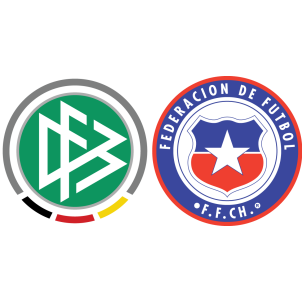 Germany vs Chile – Germany face Chile at Kazan Arena on 22nd June, Thursday in a crucial Group B game of the Confederations Cup.

Both Germany and Chile are on three points, having won their first game of the competition. The two top sides from each group will progress to contest the semi-finals of the Confederations Cup. With Cameroon and Australia squaring off against each other in the other game today, a win tonight for either Germany or Chile would put them in pole position to top Group B.

Germany defeated Australia 3-2 in a closely contested match while Chile were clinical in their 2-0 victory over Cameroon.

Claudio Bravo has been listed as a doubt for Chile and will face a late fitness test. Germany do not have any injury or suspension concerns.

“It (age) is a fact, but it won’t play a big role. We have got a young team, but we have prepared intensively for the match and want to do well. Chile perhaps have a player or two amongst their ranks who have a lot of experience playing in tournaments, however, I see us well equipped to deal with them. We are eager to play against such a strong team in a tournament and potentially beat them.”

According to Germany vs Chile H2H Stats, Germany won the only previous international friendly between these two nations, which was held on March 2014, by a 1-0 scoreline.

It should be a closely contested affair, with a 2-1 win for Chile being the most likely outcome.