Genoa vs Napoli – Serie A – Preview 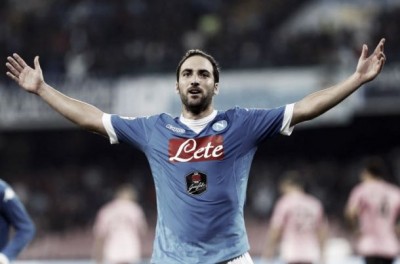 A high-flying Napoli side travel to Luigi Ferraris on Sunday to face a struggling Genoa team in the Serie A. Maurizio Sarri’s side is in a scintillating form and would look for their sixth consecutive victory in the league campaign when they face Gianpiero Gasperini’s men, who have won only once in their last four matches.

Napoli are on the third place in the league standings with 21 points, while the home side is ten points and thirteen places behind. In spite of finishing at a historic sixth position, Genoa have struggled to reach the heights of last season, especially on road. Their form at home would provide Gasperini with some relief as they prepare to host a Napoli side which has scored eleven goals and conceded on only two occasions in the last five matches.

Goran Pandev, Blerim Dzemaili and Giovanni Marchese are almost certain to miss out the fixture, with Nicolas Burdisso and Diego Capel listed as doubtful as well. Napoli do not have any fresh injury concerns, although Lorenzo Insigne may be dropped in favour of Dries Mertens. Should Sarri choose to rest Jose Callejon, Manolo Gabbiadini could come into the starting lineup.

The Rossoblu will aim to halt the impressive Partenopei who will be looking for their eighth win on the trot in all competitions. Genoa however, have won eight of their last nine home fixtures in the Serie A, which gives them a good probability to cause an upset tomorrow. They came back from the jaws of defeat to snatch a point with a stoppage time goal against Torino.

Napoli have not only kept a clean sheet in five of their last seven matches in Serie A, but have beaten Genoa in their five previous meetings in all competitions, according to Head-2-Head statistics. Gonzalo Higuain is currently the most feared centre forward in the Serie A. With eight goals in his previous nine appearances for Napoli, four of which have come in the last four games, the Argentine will be gearing to face an error prone Genoa defensive unit.

Although Genoa have proved to be a formidable opposition at home, Napoli should win the match by a 3-1 scoreline.