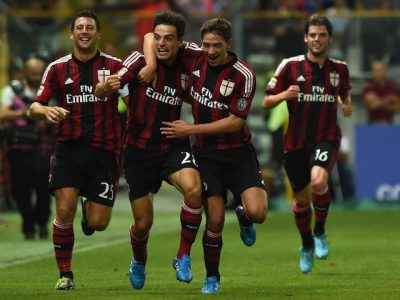 Genoa vs AC Milan – AC Milan travel to Luigi Ferraris to face Genoa on 25th October, Tuesday in a Serie A fixture. AC Milan have been sensational throughout the nascent 2016/17 domestic campaign and their 1-0 win against Juventus in their last match has put them in an incredible position to ascend to the top of the Serie A standings (albeit for a day), should they win against Genoa.

AC Milan have nineteen points and are third in league standings while Genoa are eleventh with twelve points from their three wins. Genoa have not won their last two Serie A games, losing 2-1 to Sampdoria following a goalless draw against Empoli.

Serge Gakpe is Genoa’s only injury concern. AC Milan will be without Andre Bertolacci, Matias Fernandez, Luca Antonelli, Riccardo Montolivo and Davide Calabria, all of whom are sidelined through injuries.

“We both arrive to this game having spent the same physical energies, but psychologically it’s different. It’s going to be a really hard match. Tactically it’s a complicated game, and also on the psychological aspect. Technically we are stronger than Genoa, and we must use this to our advantage.”

According to Genoa vs AC Milan H2H stats, AC Milan have lost three and won two of their previous five Serie A meetings with Genoa. While AC Milan have won five of their last six Serie A matches, Genoa have drawn their last three home fixtures in the league.

Vincenzo Montella must ensure AC Milan do not become complacent and a 2-1 win for AC Milan is the most likely result.