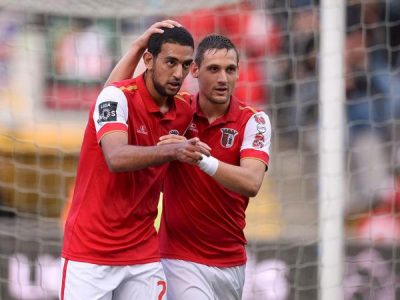 Braga vs Chaves – Braga host Chaves at the Estádio Municipal de Braga in a crucial Primeira Liga fixture on 24th October, Sunday. Benfica have opened an early lead over other clubs in the Primeira Liga with twenty two points in their eight matches, but as history has shown, the lead is not unassailable.

SC Braga are fourth in league standings with fourteen points courtesy their four wins and a solitary loss while GD Chaves are sixth with twelve points. GD Chaves have been one of the revelations of the season so far with their surprising form on return to top division.

SC Braga played out a 1-1 draw against Arouca in their last game while GD Chaves won 3-1 against Belenenses.

Oscar Benitez, Ricardo Fereira and Andre Pinto are sidelined through injuries for SC Braga. GD Chaves’ main injury concerns are Felipe Lopes, Fabio Santos and Alioune Fall. Fabio Martins and Rodrgio Battaglia, who are on loan from Braga, are ineligible to play.

“We have motivation more than enough , because we play at home, something that does not happen for a month, we have this factor on our side and we expect many fans to support us, because they sure are eager to see us and support us.”

According to Braga vs Chaves H2H stats, Braga have won all of their last five encounters with Chaves. The last time these two clubs met in the Primeira Liga was back in 1999 following which Chaves were relegated.

It should be a closely contested affair and a 1-1 draw is the most likely outcome.