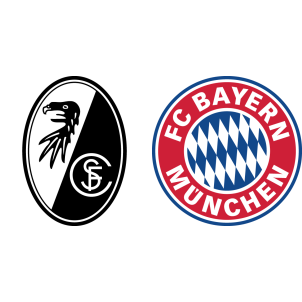 Bayern Munich are atop the Bundesliga points table with thirty nine points and five consecutive wins before the winter break. Their last league outing ended in a 3-0 win over closest title contenders RasenBallsport Leipzig.

Freiburg are eighth in league standings with twenty three points, although they have won only two of their last six matches, drawing two and losing two. They secured a hard-fought 2-1 victory at Ingolstadt prior to the break.

Marc-Oliver Kempf and Georg Niedermeier are injured while Caglar Soyuncu is doubtful for the home side. Bayern Munich will be without the injured Thiago Alcantara and Jerome Boateng. Arturo Vidal and Kingsley Coman will face late fitness tests.

“We’re really excited. Training is nice but in the end, we all want to play. We had a good training camp and also some good sessions here in Munich. Everything is positive, so let’s get going now.”

According to Freiburg vs Bayern Munich H2H Stats, the last five matches between these two clubs have resulted in three wins for Bayern Munich and one win for Freiburg, with one match ending in a draw. In fact, Freiburg won only one game (the most recent encounter in 2014/15 Bundesliga) in their previous twenty seven meetings with the Bavarian giants.

Bayern Munich have won 9 of their last 11 away matches in the Bundesliga and are likely to win 3-0 tonight.