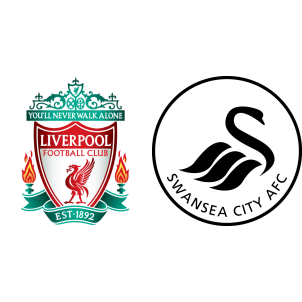 Liverpool vs Swansea – Liverpool hosts Swansea at the Anfield on 21st January, Saturday as the challenge for the English Premier League title continues for Jurgen Klopp’s side.

Liverpool are third in the English Premier League standings, trailing league leaders Chelsea by seven points and have won thirteen matches so far, although their last two league outings against Sunderland and Manchester United ended in scoring draws.

Swansea, going through a difficult season on the domestic front, are twentieth with fifteen points – having lost five and won only one of their previous six matches in the English top division. One of the prime contenders for relegation this season, Swansea must immediately start picking points or are likely to go down to Championship come May.

Danny Ings is injured and Joel Matip is still awaiting FIFA clearance. Sadio Mane is on international duty at the African Cup of Nations while Marko Grujic is a doubt.

Swansea will be without the injured Jefferson Montero and Neil Taylor.

There have been over 2.5 goals scored in Swansea’s last nine Premier League matches, with the Swans conceding at least three goals in five of their previous six league matches.

Liverpool are the favorites tomorrow and are likely to win 2-0.