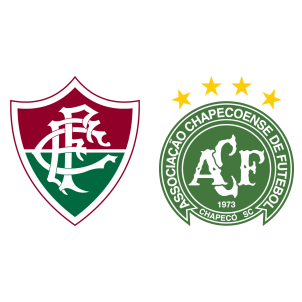 Both clubs are currently struggling in mediocrity in the Brasileiro Serie A and are in desperate need for points. Fluminense are ninth in the league table with fifteen points while Chapecoense are fifteenth with thirteen points.

Fluminense have won only one of their last six league games, drawing three and losing the other two. Chapecoense have also won only once in their previous six matches, but the other five games ended in disappointing losses.

Junior Sornoza, Pierre, Wellington Silva, Douglas, Renato Chaves and Gum are sidelined through injuries while Chapecoense will be without the injured Nathan, Joao Pedro, Moises Ribeiro and Osman Junior.

“We started the year well. The team had a balance both in attack, with a great offensive power, as in defense. At the beginning of the Brazilian Championship, we had an oscillation, which is normal.

We have been able to retake this balance in the last three games, which is what we have. The team also had a different attitude in these matches, was more in place and did not leave many spaces for the opponents, which facilitated the work of the defensive system.”

According to Fluminense vs Chapecoense H2H Stats, the last five matches between these two clubs have resulted in four losses for Fluminense and one draw.

Chapecoense AF have scored at least 2 goals in their last 3 away matches against Fluminense in all competitions. It should be a closely contested affair with a 1-1 draw being the most likely result.