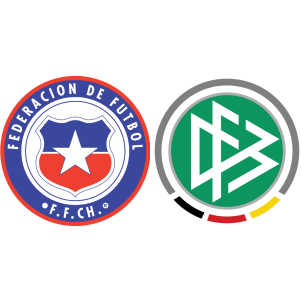 Chile vs Germany – Chile play Germany at the Stadion Krestovskyi on 2nd July, Sunday in the finals of the Confederations Cup.

Chile defeated Portugal on penalties after a goalless draw, with Claudio Bravo emerging the hero for the reigning Copa America champions as he saved three consecutive penalties off Ricardo Quaresma, Joao Moutinho and Nani.

Germany defeated Mexico 4-1 in the other semi-finals and the young, inexperienced side will be raring to go and prove their mettle against the experienced Chile team.

“We have proven our value on the pitch. We beat Argentina, which is one of the best teams, and a few days ago we beat Portugal, the European champion. So tomorrow, if we win we will be the best team in the world.

Our fuel reserves never run empty. Today we are ahead of the final and the pleasure is a unique situation in football.”

“The players here have left a very favourable impression. They have benefited from being nominated and have developed and that was the most important task for me.”

According to Chile vs Germany H2H Stats, Germany have won one and drawn the other of the two previous meetings with Chile.

Chile will be eager to prove a point tonight and over the last few years, the reigning Copa America champions have always stepped up when it counts but Joachim Loew’s side have nothing to lose.

It should be a closely contested affair with a 1-1 draw after normal time being the most likely result. The match is likely to be decided on extra-time or with penalties.