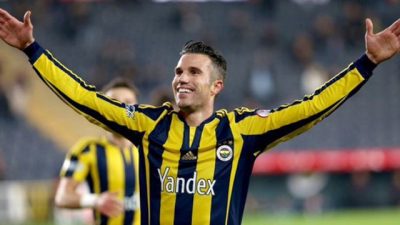 Fenerbahce hosts AS Monaco in the first leg of the Third Qualifying Round of the UEFA Champions League at Sukru Saracoglu Stadium, Istanbul on 27th July, Wednesday as Europe’s premiere competition chooses its group stage participants among some of the best European clubs last season.

While AS Monaco have taken the Ligue 1 by storm in the last few years due to their new owners, they have always played second fiddle to Paris Saint-Germain in the UEFA Champions League. Fenerbahce, one of Turkey’s most renowned clubs, meanwhile continue to strive for their return to the Champions League.

Fenerbahce have not qualified for the Champions League since their last outing in 2008 and are in a prime position to progress to the next round, courtesy the visitor’s extensive injuries. The Ligue 1 club will be without the injured Danijel Subasic and the unfit Kamil Glik.

While Radamel Falcao has returned from his loan spell at Chelsea, the visitor’s midfield is severely weakened due to the departure of Jeremy Toulalan and the absence of Joao Moutinho who has been linked with a move away.

The addition of Gregory van der Wiel, Roman Neustadter and Martin Skrtl allow the Turkish club to field a variety of options across the pitch. While Emmanuel Emenike and Fernando are expected to start, the presence of Robin van Persie in the squad ensures Fenerbahce have adequate back-up goal-scoring options in case their tactical plans do not work out.

Fenerbahce are the favorites to win as bet365 are offering odds of 2.38 on a home win and a comparatively risky 3.20 on an away win. According to Head-2-Head statistics, these two clubs have never faced each other in a competitive fixture.

While the match has been shrouded under the cloak of security concerns amidst the recent political instability in Turkey, the sports ministry has given a go-ahead for the crucial qualifier. It should be a closely contested affair but Fenerbahce are likely to win by a 2-1 scoreline.