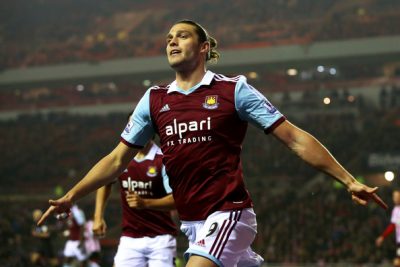 West Ham United face their first real challenge of the season when the English Premier League club travels to Ljubljana, Slovenia to play NK Domzale in the first leg of the third qualifying round of the UEFA Europa League at the Stozice Stadium on 28th July, Thursday.

The Hammers will begin their eighth European football campaign as favorites after finishing at the seventh position in the Premier League last season. Slaven Bilic’s side were one of the breakthrough squads of last season – their performance worthy of being the surprise package if not for eventual champions Leicester City.

NK Domzale, the underdogs for this particular fixture, finished 3rd in the Slovenian PrvaLiga in 2015/16 and will be hopeful of their chances considering the number of absentees in the West Ham squad.

“The opposition is good. They are a very brave team when they have the ball in the opposition half, they are trying to play very open football, a modern type of football, with a lot of pressing, good ball possession and running behind the defence without the ball. We are ready, and we are going to come out with the best possible team.”

Aaron Creswell misses out for the Hammers with a knee injury. Slaven Bilic will also be without Dimitri Payet, James Collins and Angelo Ogbonna all of whom represented their countries in the Euro 2016. Sofiane Feghouli, Gokhan Tore and Havard Nordtveit, the new arrivals as well as England U-19 regular Reece Oxford are expected to make their competitive debuts in this fixture.

NK Domzale’s experience of the European competitions is severely limited, with the Slovenian club losing to Stuttgart in the first round of the UEFA Cup in 2005 and to Dinamo Zagreb in the second-qualifying round of the UEFA Champions League in 2007 and 2008.

According to Head-2-Head statistics, these two clubs have never met each other. West Ham United are likely to win the first leg by a scoreline of 2-0.