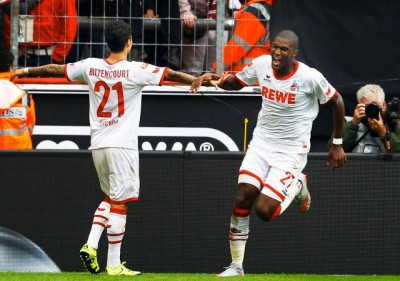 Augsburg hosts FC Koln at WWK Arena on 29th April, Friday in a bid to secure another season of stay in the Bundesliga. The hosts need a win to avoid getting drawn into a relegation battle while the visitors are looking forward to qualifying for the UEFA Europa League next season.

FC Koln are on the eighth position with forty points from their ten wins while Augsburg are on the twelfth position with thirty six points. The visitors defeated Darmstadt in a comprehensive 4-1 result in their last match, while Augsburg pulled off a surprise by beating Wolfsburg. The victory was Augsburg’s third consecutive win – the recent stretch of good form helping the Bavarian club to pull themselves off from the depths of the league table.

Alexander Esswein, Jan-Ingwer Callsen-Bracker and Piotr Trochowski are sidelined through injuries for Augsburg while Caiuby is suspended. Paul Verhaeagh has been listed as a doubt. Leonardo Bittencourt is suspended, with FC Koln having an otherwise healthy squad.

According to Head-2-Head statistics, Augsburg have won four and lost only one of their previous six meetings with FC Koln. The visitors are undefeated in nine of their last ten away games in the Bundesliga.

It should be a closely contested affair, with a 1-1 draw being the most likely outcome.