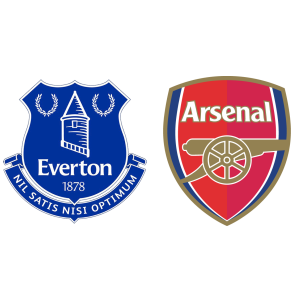 Everton vs Arsenal – Arsenal travel to Merseyside to face Everton at the Goodison Park on 22nd October, Sunday in an English Premier League fixture crucial to both sides.

Both sides are struggling to get going in the Premier League, with Everton’s problems a bit more complex than those of the Gunners. Everton have won only one of their last six games, drawing 1-1 against Brighton in their last league outing and are now placed in the sixteenth position with eight points, at a touching distance from the relegation zone.

Arsenal, who lost 2-1 to Watford last week, are seventh with thirteen points and need a win to keep up with the other top four contenders, a titular challenge already looking unlikely for Arsene Wenger’s side.

Ramiro Funes Mori, Ross Barkley, Seamus Coleman and Yannick Bolasie are sidelined through injuries while James McCarthy is yet to regain match fitness. The visitors have a lengthy list of injury concerns as well with Santi Cazorla, Calum Chambers, Shkodran Mustafi, Daniel Welbeck and David Ospina ruled out.

“If you look back to last season, we had some great games against some of the big teams in the Premier League. Arsenal is not unbeatable, it’s also not the strongest team away from home this season.”

According to Everton vs Arsenal H2H Stats, the last five games between these two clubs have resulted in four wins for Arsenal and one win for Everton.

Ronald Koeman was given a free reign in the summer transfer window, but has come under serious pressure as Everton’s results have worsened over the last two months.

It should be a closely contested affair with a 1-1 draw being the most likely result, considering the current form of both the clubs.