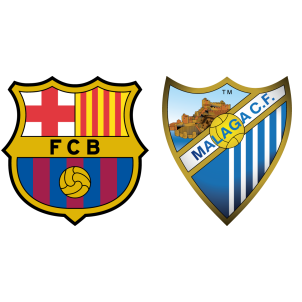 Barcelona drew their last game against Atletico Madrid 1-1, but have a comfortable lead at the top of the table with twenty-two points after eight matches. The second-placed Valencia are on eighteen points while defending champions Real Madrid are still recovering from their September slump and are now placed third with seventeen points.

Malaga are at the bottom of the table with one point, having failed to win any of their games so far. Their solitary point came in a 3-3 draw against Athletic Bilbao at home.

Rafinha and Ousmane Dembele are injured while Jordi Alba and Arda Turan are listed as doubts. The visitors will be without the suspended Recio and the injured Diego Gonzalez and Zdravko Kuzmanovic.

According to Barcelona vs Malaga H2H Stats, Barcelona have won two, lost two and drawn one of their previous five fixtures against Malaga.

However, Barcelona are undefeated in 15 of their last 16 home matches against Malaga in all competitions. Owing to the visitors’ current form, an easy win is in the offing for Barcelona with a 3-0 result in favor of Lionel Messi’s side being the most probable outcome.