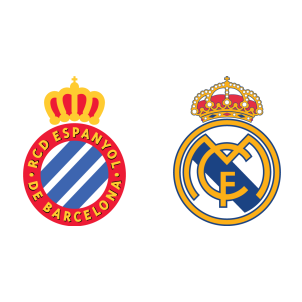 Real Madrid are the third in the La Liga standings with fifty-one points, including a 4-0 win over Alaves in their last game.

Espanyol played out a goalless draw at Deportivo La Coruna in their previous league outing and are sixteenth in the standings with twenty-eight points.

Espanyol do not have any injury or suspension concerns but Real Madrid will be without the injured Toni Kroos, Marcelo and Luka Modric. Cristiano Ronaldo is also likely to be rested.

“We have to go out strong and play well to keep our good run going. I’m not going to look at the league table. They’re a team that have looked very good this year, but we know who we’re up against and we know we’re going to have to put in a good performance to beat Espanyol.”

According to Espanyol vs Real Madrid H2H Stats, the last five matches between these two clubs have all resulted in wins for Real Madrid. In fact, Real Madrid have not lost any of their previous twenty-two matches against Espanyol in all competitions, their previous loss coming in a La Liga fixture in the 2007/08 season.

Espanyol have not won any of their last seven La Liga matches but have drawn each of their four previous games. Real Madrid are the clear favorites tonight and are likely to win 2-0.