Cagliari vs Napoli – Serie A – Preview 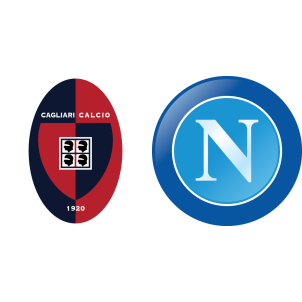 Cagliari vs Napoli – Cagliari hosts Napoli at the Sardegna Arena on 26th February, Monday in a Serie A fixture.

Napoli sit atop the Serie A standings with sixty-six points from twenty-five games. The visitors have not lost any of their previous ten games, their only loss in the league this season coming to Juventus, who trail by just one point.

Cagliari are fifteenth in the standings with twenty-five points, only five points above the relegation zone, having won only one of their previous six matches.

Napoli won 1-0 against SPAL 2013 while Cagliari lost 2-1 to Chievo in their respective previous league outings.

Luca Cigarini is sidelined by an injury while Fabio Pisacane and Diego Farias are listed as doubts. Napoli will be without the injured Arkadiusj Milik, Faouzi Ghoulam and Vlad Chiriches.

According to Cagliari vs Napoli  H2H Stats, the last five matches between these two clubs have resulted in four wins for Napoli and one draw. In fact, Napoli are undefeated in their last 15 matches against Cagliari in all competitions. Also, Napoli have won 14 of their last 15 away matches in the Serie A.

Napoli have focussed on the Serie A, even sacrificing the UEFA Europa League but need to win tonight to keep their nose ahead of Juventus. A 3-1 win for Napoli is the most likely result.