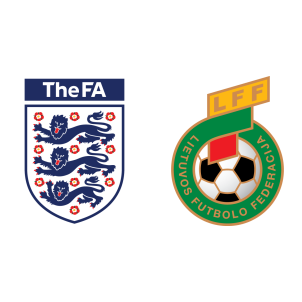 England are top of Group F after four games with ten points (three wins and one draw) while Lithuania are fourth with five points. While the group winners will progress directly to the 2018 FIFA World Cup, the nation which comes second might progress to the knock-outs of the qualification stage.

The second-placed Slovenia and the third-placed Slovakia are the prime contenders but Lithuania could pose a challenge should they be able to put up impressive performances over the next six matches.

Gary Cahill is suspended while Michail Antonio and Phil Jones are sidelined through an injury. Raheem Sterling is listed as a doubt and will face a late fitness test.

“We have to be patient. We’ve gone into that formation for the first time. The lads played on Saturday and Sunday, we had a cool down [on Monday], so we’ve had one day where everyone’s been out on the training pitch. It’s difficult to put [the team] in a new formation and everyone grasp it straight away. That being said, there are a lot of positives to take.”

According to England vs Lithuania H2H Stats, England won the previous two meetings between these two countries. England were unfortunate in their 1-0 loss to Germany in the friendly played earlier this week but will be the favorites on Sunday.

England have conceded only once in the 2018 FIFA World Cup qualifying campaign so far and are likely to win 3-0.