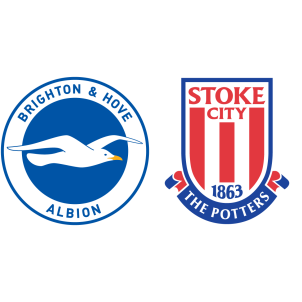 Brighton are eighth in the league standings with fifteen points while Stoke City are fifteenth with twelve points. Stoke City drew 2-2 against Leicester City while Brighton won 1-0 at Swansea City prior to the international break.

Although both clubs are separated by just three points, the recent form of the two clubs have been a difference – while Stoke have lost three of their last six games, Brighton have lost only one in their previous six league fixtures.

Steve Sidwell is injured while Mat Ryan and Sam Baldock are yet to regain match fitness. The visitors will be without the injured Stephen Ireland, Jack Butland and Glen Johnson.

“Brighton have started very well this season. It isn’t always easy coming up into the Premier League, but they have all the assets to be here – they have a big stadium, good fans and they’ll want to keep making good performances.”

There have been over 2.5 goals scored in 7 of Stoke’s last 8 games in the Premier League. It should be a closely contested affair with a 1-0 win for Brighton being the most probable result.