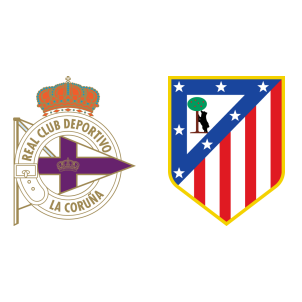 Atletico Madrid are fifth in the league standings with forty five points, twelve points behins Barcelona who climbed to the first position after Real Madrid’s draw with Las Palmas. Atletico Madrid lost 2-1 to Barcelona in their last league outing.

Deportivo La Coruna have struggled all season and are now seventeenth with nineteen points. The home side are battling relegation and are in desperate need for points, having lost their last four matches on the trot.

Raul Albentosa is suspended while Celso Borges is a doubt. Atletico Madrid will be without the suspended Saul Niguez and the injured Augusto Fernandez and Tiago.

“Deportivo has good football players and that makes it complicated. Deportivo’s results don’t reflect their play. They are an enthusiastic team with quality players like Colak and Florin Andone that are fast and work well together.

We must be mentally balanced. Not too happy when we win, nor in a very bad state when things don’t go as we wished.”

In fact, Atletico Madrid are undefeated in their last eleven matches against Deportivo La Coruna in all competitions.

Atletico have kept a clean sheet in five of their last seven matches with Deportivo La Coruna and are the favorites tonight.