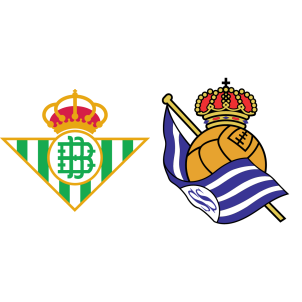 Real Sociedad are fourth in the La Liga standings with forty five points, ahead of Atletico Madrid on goal difference who play tonight. Competing for UEFA Champions League qualification, Real Sociedad have been a revelation this season in spite of their 2-2 draw against Eibar in their last game.

Real Betis are fourteenth with twenty seven points and returned to winning ways with a 2-1 victory over Malaga after a five-game winless streak in their previous five La Liga matches.

Jose Carlos is injured for the home side while Ruben Pardo is ineligible. The visitors will be without the suspended Juanmi and the injured Carlos Martinez, Imanol Agirretxe and Willian Jose.

“We want to have continuity in performance. We are focused on Real Sociedad. Obviously, with the satisfaction of the result achieved, it always revitalizes the energies and generates more confidence. We renewed that illusion that we had to add the first victory away from home, for the illusion to get the two consecutive victories, which is the opportunity we have now against Real Sociedad.”

Real Betis have seen under 2.5 goals in 6 of their last 7 home matches against Real Sociedad in all competitions. Real Sociedad are the favorites and are likely to win 2-1 tomorrow.