Crotone vs Juventus – Serie A – Preview 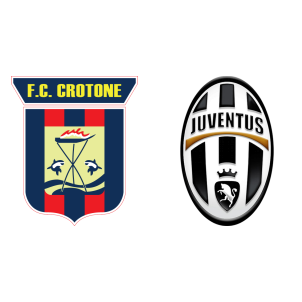 Crotone vs Juventus – Crotone hosts Juventus at Stadio Ezio Scida on 8th February, Wednesday in a relatively easy Serie A fixture for the league leaders.

Juventus sit atop the Serie A standings with fifty four points after twenty two matches while Crotone are likely to get relegated – the home side are nineteenth with thirteen points and are in desperate need of points.

Juventus have won their last three league games, defeating Internazionale 1-0 in their previous league outing. Crotone lost 1-0 to Palermo after an inspiring 4-1 victory over Empoli in the preceding match.

Lorenzo Crisetig is suspended for Crotone while Mario Lemina is Juventus’ only injury concern.

“Crotone might be down towards the bottom of the table, but they’ve rarely been blown off the park. A lot of their defeats have come at the very end of matches, such as against Milan and Inter, while they would have beaten Fiorentina away were it not for conceding an injury-time equaliser.

This all means that they’re a very well-organised and balanced outfit who are difficult to score against. They play a classic 4-4-2 formation but it’s not easy to break down. We know that we’re in for a tough game tomorrow and we’ll need to be patient in order to get the victory that we want.”

According to Crotone vs Juventus H2H Stats, Juventus have won the two previous meetings between these two clubs. There have been under 2.5 goals scored in Juventus’s last 3 games in the Serie A and the Old Lady are likely to win 2-0 tonight.