AS Roma vs Fiorentina – Serie A – Preview 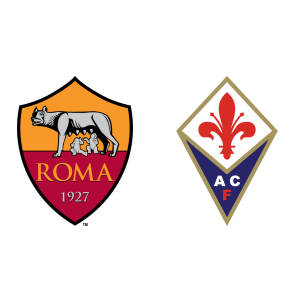 AS Roma vs Fiorentina – AS Roma hosts Fiorentina at the Stadio Olimpico, Roma in a crucial Serie A fixture which could impact UEFA Champions League qualification for next season.

Roma are third in Serie A standings with forty seven points courtesy their fifteen wins, four points ahead of the fourth-placed Lazio and five points ahead of Atalanta and Inter – all three of whom are competing for a spot in Europe.

Fiorentina are seventh with thirty seven points and in a rich vein of form – they won 2-1 against Pescara in their last game following a 3-3 draw against Genoa. AS Roma lost 3-2 to Sampdoria in their previous league outing after four back-to-back wins against Chievo, Genoa, Udinese and Cagliari.

Alessandro Florenzi and Diego Perotti are sidelined through injuries while Mohamed Salah is on international duty. Fiorentina will be without the injured Nikola Kalinic and Riccardo Saponara.

“Fiorentina have had a tough patch, which happens to everyone. Now they’re doing really well: they’ve reorganised superbly, got a few of their top players back into good form and now they’re a strong side. They’ve been playing well and picking up results in their last few matches. It will be a tough and evenly-matched contest.”

According to AS Roma vs Fiorentina H2H stats, the last five matches between these two clubs have resulted in two wins and two losses for either side and one draw.

It should be a closely contested affair but AS Roma are likely to win 2-1 tonight.