← Croatia vs Denmark: Will the Danes be Outclassed?
Belgium vs Japan: Tale of the Tape. → 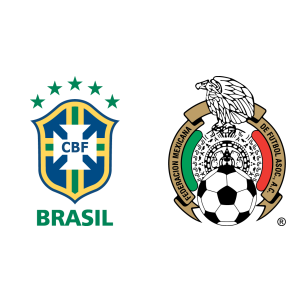 Brazil vs Mexico will be an exciting match to watch, filled with flair and moments of brilliance. South American sides always come out to play and to entertain and that is what the fans should expect from this match. Both teams need no introduction when it comes to the World Cup tournament as they have participated in it in numerous occasions. Brazil known by their nick name Selecao and Mexico known by their nick name El Tri. Both teams have had mixed performance during their group stage matches and this would really go a long way in building their morale towards this match. Brazil vs Mexico will clash in the Samara Arena and without a doubt many fans will turn up to watch this one.

Mexico are the team to watch in this match up as they are already viewed as the underdogs. They had a treacherous journey to the knock stage of the competition as they sneaked through after Germany fell to South Korea. El Tri had lost 3-0 to Sweden and that would have marked their end in the competition but they had luck on their side and they got the chance. For them this should be the second chance they were looking for to confirm that they are deserving of the opportunity. The knockout stage of the competition has been Mexico’s stumbling block and they look to beat this curse and qualify to the quarter finals, they did once before and they could surprise everyone and do it again. For most of their players this is the last time they will be participating in the World Cup, this could be the best gift they could get.

Brazil on the other hand have been consistent but an unlikely player has been instrumental in their victories. Everyone had Neymar at their sights in this competition until Felipe Coutinho took over the reigns and has overshadowed Neymar on every level. He is scoring spectacular goals and creating opportunities for his team mates. The Selecaos have the team to beat and if their star player, Neymar, starts to convert all the opportunities created for him then Mexico will not have a chance. They have a lot of skilled players and they have more than enough experience participating in the World Cup setting, so if they lose they will have themselves to blame.

Brazil vs Mexico will be entertaining and dramatic, if Mexico come out to play we may have another surprise on our hands.It is no wonder as the 2018 World Cup has become something of a mystery for all soccer pundits around the world. Either way the fans will get value for their money and they will enjoy every bit of the action.